AAI Board of Directors is a multitalented group of Assyrians with complementary talents that enables us to make the right decisions on behalf of AAI when we strive for excellence. 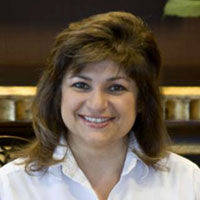 Nora Betyousef Lacey started her career in 1989 at a biotechnology firm in Northern California as a Technical Sales Consultant. In 1994, she pursued her passion by becoming an entrepreneur and founding her own biotechnology company, Cell Marque Corporation, which specialized in research, development, manufacturing, and distribution of Immunohistochemistry product line for cancer-detection.  Cell Marque is a Medical Device manufacturer of class one In-Vitro Diagnostic reagents used at Pathology Laboratories; the company markets its products and services worldwide.

Cell Marque had a humble roots –The company grew from an initial $5,000 investment and 1 employee to a 100 person company that was ultimately acquired in October 2014 to a large, publicly traded biochemical conglomerate, Sigma-Aldrich Corporation, which is a division of Merck KGaA, Darmstadt, Germany.

During her twenty-year tenure as the President and CEO of Cell Marque Corporation, Ms. Lacey strategically led her company into success and managed a highly experienced and skilled executive team to achieve her aggressive company goals. Although Ms. Lacey’s expertise lied in managing all aspects of her business, she especially loved the visioning, team building, and customer relations part of her position.

Ms. Lacey is a philanthropist; after the sale of her company in late 2014, she pledged a portion of her proceeds from its sale to establish a non-profit foundation called “The Nora Betyousef Foundation,” which holds her namesake and is dedicated to Mentorship and Assyrian Studies. In early 2015, Nora started a mentorship program that helped encourage and assist Assyrian entrepreneurs to follow their dreams and start their own businesses with confidence.
In 2019 Ms. Lacey started Avimalek Betyousef program of Assyrian Studies at University of California, Berkeley. This program covers Assyrian history, culture, and heritage diachronically.

Furthermore, in January of 2016, Nora and her Board of Directors established the Assyrian Arts Institute (AAI), a 501c3 public foundation dedicated to help preserve the Assyrian heritage through arts.

Ms. Lacey has degrees in Biological Sciences and Business Administration from San Jose State University and has lived in Iran, California, Texas, Arkansas, and Nevada.  Ms. Lacey is married to Dr. Michael Lacey, a pathologist, and has two daughters, Sarah Aghassi, an attorney, and Roshel Aghassi, a Marketing Manager.  Her hobbies include oil painting, stained glass, guitar, singing, cooking, and traveling, and lately she has been exposed to and enjoying immensely the wonderful nature at Lake Tahoe. 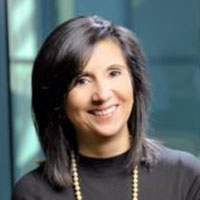 Chairman of the Board

Pat has distinguished herself during an extensive career in Silicon Valley as a key executive at top-tier manufacturers and component suppliers, as a distinguished venture-capital investor, as a noted fundraiser and as an active participant in educational organizations, industry trade groups and philanthropic enterprises. At VantagePoint Pat is responsible for executing the firm’s global strategy and overseeing worldwide operations which includes managing deal flow, initiating and tracking investment activity and leading the merger and acquisition team. She travels extensively to Europe, Asia and elsewhere as a Board member of numerous companies in the Information Technology, Clean Energy and Financial Technology sectors. In her role as Director of VantagePoint’s Asia investment team headquartered in Beijing, Pat frequently visits China to advise on regional investments, liaison with government officials and help develop strategic relationships with Asia-based corporations and distribution partners. Pat also heads up VantagePoint’s Washington strategy and oversees corporate lobbying efforts.

For much of her career Pat was an executive at Intel Corporation, where she held a variety of executive management roles and was responsible for worldwide human resources for the Microcomputer Components and Technology Group. Subsequently, she was a Senior Vice President at disc-drive manufacturer Maxtor and software provider NetManage, then one of the fastest-growing technology companies in Silicon Valley.

Pat is a member of the Energy Security Leadership Council, a group of business and former military leaders committed to strengthening U.S. economic and national security through measures that reduce dependence on oil, produce domestic resources with strong environmental standards, accelerate measures to diversify the nation’s fuel sources, and build secure supply chains for batteries, semiconductors and other technologies that will power a 21 st  century economy that will run on connected, autonomous, shared and electric transportation. 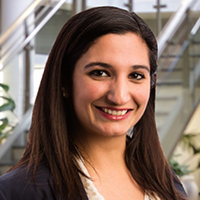 Roshel Aghassi is one of the newest members of the Board of Assyrian Arts Institute joining the team in January 2021. Though new to the board, Roshel volunteered for the organization since its conception in 2017. She is involved in many of the communications and day of activities for AAI events. She has also participated in other Assyrian organizations throughout her tenure in California including Sacramento Assyrians Club (SAC) as both Secretary and Vice President as well as Assyrian Aid Society (AAS) Sacramento Chapter President. She graduated with a Bachelor of Arts degree with an Advertising focus from Southern Methodist University. She is currently the Marketing Manager for Merck KGaA, Darmstadt, Germany focused on their raw material offering for diagnostic tests. In June 2022, Roshel won the prestigious title of Ms. Greater Placer County in her first beauty pageant. Her platform was to bring awareness to Assyrian culture and the arts, where she hopes to continue this focus during her 2022-2023 reign. In her free time, she enjoys playing board games, watching movies, and spending time with family and friends. 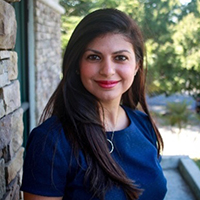 Sarah J. Aghassi, Esq. is one of the first members of the Board of the Assyrian Arts Institute and has been with the non-profit organization since its inception in 2017. She has over 11 years of legal experience and specializes in transactional, contractual, and business law. She graduated with a Magna Cum Laude from Southern Methodist University with a Bachelor of Business Administration (BBA) degree and from the University of California, Hastings College of the Law with a Juris Doctorate (JD) degree. Aghassi currently serves as a Senior Corporate Counsel for Merck KGaA, Darmstadt, Germany, in the life science division of the pharmaceutical conglomerate. In her free time, she enjoys the arts, cooking, and spicy food. 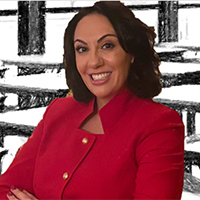 Judith M. Hermis joined the Board of the Assyrian Arts Institute in 2020. She has over 10 years of financial reporting experience. She holds a Bachelors’ of Science in Commerce from the University of Virginia and a Ph.D. in Accounting from the University of Colorado, Boulder. Dr. Hermis currently serves on the faculty of Saint Mary’s College of California as an Assistant Professor of Accounting, where she teaches governmental, not-for-profit, and private sector accounting and financial reporting. Her research focuses on how organizations at the intersection of the public and private sectors can use accounting information to facilitate decision-making. Dr. Hermis also holds a Certified Public Accountants’ License in Virginia. In her free time, she enjoys the arts and traveling.